Te Whanau Tokotokorangi Trust is a Kaupapa Māori service provider and has been offering services to the Rotorua and surrounding communities since 1996. 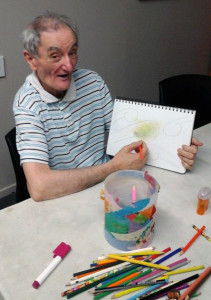 The Trusts’ foundation is based upon the Whare Tapawhā philosophy of holistic health and wellness. Underpinning these foundations is Tikanga Māori or traditional tribal practices, e.g. aroha, manaaki, whanaungatanga.

Te Whanau Tokotokorangi Trust provides long term residential care for people with intellectual disabilities who are unable to be supported in their own home. Each Whamere (Resident) is looked upon as an integral part of the Whanau unit and are encouraged to participate in the day to day living of the home. The Whamere (residents) are provided with an environment that supports the development of their mana motuhake (independence), acknowledge their whakapapa (genealogy), respects their unique tribal identity, and also encourages the use of Te Reo Māori.

In 1992 our proposal was given to esteemed Te Arawa kaumatua John Vercoe who took it to a meeting held at Ruamatā Marae in Rotorua. This meeting involved representatives from all marae surrounding the lakes of the Rotorua district. At this meeting a motion was passed to allow the Trust to provide services under the auspices of Te Arawa and formally given the name Te Whanau Tokotokorangi Trust. 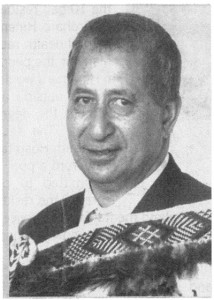 The English interpretation of the name means “to be afflicted by the unseen”, however in Māori there are two interpretations, one version takes the view that tokotoko are pillars and rangi is the sky or sky father so the translation is – the pillars that hold up the sky, quite commonly referred to by kaumatua as Tokotoko-i-te-rangi. Second version as explained by John Vercoe, in times of old a tokotoko was a implement which was used to propel a projectile, much like a throw stick This implement was manipulated by Rangi, who in Māori mythology is known as the sky or sky father, and it is commonly known that the sky is an intangible entity. So a more profound interpretation, is of a projectile in this case an ailment, of which has been placed upon a person by an invisible entity. . . afflicted by the unseen.

Because the Trust works predominately in the area of intellectual, physical and sensory disabilities, the Trust finds this name very fitting for the nature of work we are involved with.

Te Whanau Tokotokorangi Trust takes pride that this name handed into our safe keeping by respected kaumatua and kuia (elders) holds mana, prestige and commitment and it is our aim that it will continue to do so into the future.

“this place is a whare wananga, many people will come here and learn many things. Do whatever you must do to make that happen, you set the rules in this house, this house is a house of learning.” – John Vercoe

The ideology of the logo is to provide identity, a sense of pride and purpose.

The logo is made up of two triangles which sit one behind the other. The blue triangle (to the rear) represents the old world view of our ancestors, the customs, the protocols, the values of the past and like our ancestors continually watches over us, or always available to make reference to.

The yellow/orange triangle (front) represents the dawning of a new era and symbolises this ever changing world of which we are currently a part of. 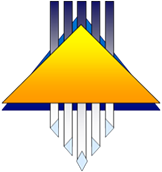 The five arrow-like symbols or rays that descend through the two triangles is a depiction of the passing on of knowledge from one generation to another. The intent is that these traditions and customs survive, never to become redundant.

At the tips of each of these five rays are light blue triangles which represent five values important to our beliefs. Mana, Tikanga, Manaakitanga, Atuatanga, Tino Rangatiratanga.

The triangles are representative of maunga (mountains), which are significant to the identity of Māori. Māori believe mountains have ‘mana’ (prestige) and ‘mauri’ (life essence), and are the foundations of our tribal boundaries. In the context of our logo these mountains are identified as Te Ao Marama, the world of light – the physical world, and Te Ao Kohatu, the old Māori world view – the spiritual world. The Trust seeks to find balance of the two worlds to incorporate into our present day work, attitudes and lives, to utilise and preserve the knowledge which has been passed from generation to generation.

We live and learn by our experiences, it is by these experiences we attain knowledge and understanding

With one step at a time, we can achieve our dreams 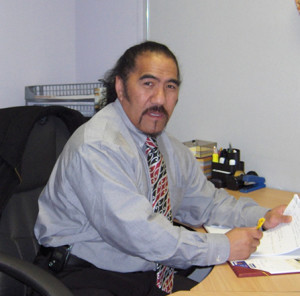 Doug (Tuhourangi/ Ngati Wahiao, Ngati Rangiwewehi, Tuwharetoa) is a foundation staff member and has been involved with the Trust since 1996. Initially employed as a kaiawhina (caregiver) Doug quickly showed potential and progressed to the role of whanau worker, administration, then on to managerial level. His underlying passion stems from the love of his culture and to see it integrated into today’s society

Doug previously worked 15 years as a Lineman, has a background in kapa haka which has seen him tour extensively around the world as a cultural ambassador, performed on the national and regional stage, as well as within the hotel industry of Rotorua. Doug’s greatest strength is working with people and identifying their needs and where to place support.

Doug holds the position of Tumuaki (CEO) where he monitors and oversees the whole operations of the organisation. One of his main duties is to ensure the cultural aspect of the organisation is being implemented. Doug has well established links within the community. He meets regularly with the Trust’s council of elders to seek guidance, direction and advice ensuring the values of the Trust are not compromised. 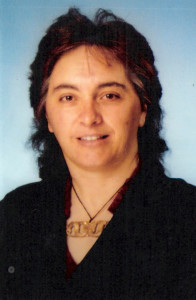 Dorothy (Ngati Kahu, Te Paatu, Ngapuhi, Ngati Torehina) is a foundation trustee member and has been involved with the Trust since its’ establishment in 1992. She is a parent who has a daughter with an intellectual disability, so the passion and drive to make this organisation successful stems from ensuring her daughter Angela (and people like her) get the best possible care and opportunities.

Dorothy is the Tumuaki and has a background in Business Management, Social Work, Conflict Resolution and facilitates the in-house training which is given to staff. Dorothy has worked in the health and disability sector for more than 20 years and was instrumental in the development and establishment of Te Whanau Tokotokorangi Trust.

Throughout Dorothy’s working career she has acquired a distinct understanding of marrying whakaaro Māori (Māori ideology) with mainstream demands. She has well established networks and has healthy relationships with executives within the health and disability sector. She has a wonderful rapport with staff, whanau and Whamere (residents) and her passion is to see Te Whanau Tokotokorangi Trust maintain it’s tino rangatiratanga (self determination) and strive to be the best service provider it can be based upon the vision and values of Te Whanau Tokotokorangi Trust.

Te Whanau Tokotokorangi Trust has three advisory groups which sit alongside of them. One group is made up of a lawyer, a doctor and an accountant whom offer professional support and guidance. The other group is made up of parents (who have a person with a disability), who are independent of the Trust, this group monitor and provide guidance on the nature of care. The final group is a compilation of respected elders (Kaumatua) whom offer guidance and support in the tikanga (cultural) aspect of the Trust.